2019 Chapter Member of the Year 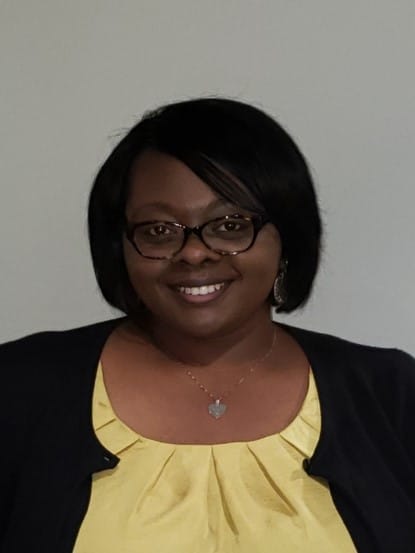 The Member of the Year for 2019 is April Gavin. April is originally from Orangeburg, SC and was initiated into Alpha Kappa Alpha Sorority, Inc. ® in the Fall of 2003, in the Mu Xi Chapter at Winthrop University, Rock Hill, SC. April is married and has one daughter. She is employed as a National Bank Examiner. She is also a Certified Interior Decorator.

She has a passion for community service and making a difference in and around her community.  She has held officer positions, including Financial Secretary and Treasurer, and served as chairman and as a member of numerous committees, including, Finance, Audit, Fundraising, Protocol, Standards, Membership, Program, Retreat, and Leadership Development.  She is currently a member of the Regional Standards Committee.  April continues to enhance her knowledge of the Sorority’s operations and provides formal and informal training to members of the chapter.  She drives sorority members to increase their knowledge of sorority operations and be effective leaders in the community.

April’s favorite quote is “For I know the plans I have for you”, declares the Lord, “plans to prosper you and not to harm you, plans to give you hope and a future.” ~ Jeremiah 29:11.

April enjoys spending time with family and friends, serving her community, and being a positive role model for the youth. Her biggest fear is being a failure.